Our purpose is to be the hands and feet of Jesus to babies and young children, regardless of their medical challenges, as we believe that every child deserves love and a stable family life. We aim to provide end-of-life care with the devotion and expert medical care that these babies require in a friendly and comforting environment. We are also committed to empowering widows in our local community, who play a big role in caring for our babies. 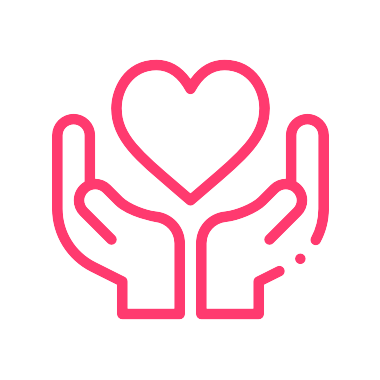 Religion that God our Father accepts as pure and faultless is this: to look after orphans and widows in their distress.

To provide quality palliative care, at no cost, to vulnerable infants and young children in South Africa.

To advance paediatric palliative care within South Africa and give a voice to vulnerable infants and young children needing palliative placements.

Butterfly Palliative Home started as a project under our umbrella organisation, Izandla ZeAfrika NPC. After having loved and lost a special needs baby, the Izandla family felt the call from God to provide a safe haven for these little ones. When the opportunity came to provide a home for an abandoned boy with Edwards Syndrome, little Si became the first resident of Butterfly Home in 2018. Izandla ZeAfrika eventually closed as we decided to put all of our efforts and finances into providing palliative care to young children in South Africa. Today Butterfly Palliative Home is registered as its own entity.

Christoff and Tarryn Bell, a married couple originally from Cape Town, moved to rural Zululand at the end of 2010 to pursue careers in rural healthcare.

Christoff, a medical doctor, and Tarryn, a social worker, worked and lived in the community of Mseleni in Northern KwaZulu-Natal for nearly seven years. It was here that their passion for paediatric palliative care started when they partially cared for a baby girl with Down Syndrome who was living at the nearby Mseleni Childrens Home.

Little Ncami, aged two, was a part of their family for 6 months until she passed away in their arms due to heart failure. The couple started Izandla ZeAfrika, a Christian Non-Profit Organisation in 2014 as a practical way to serve the impoverished community around them. While at Mseleni, they had their first biological daughter, Illy, and adopted their son, Joshua. Joshua has Down Syndrome as well as Autism.

The family moved to the rural community of Ingwavuma in 2017 where Christoff works as a senior medical officer at Mosvold Hospital.

They started Butterfly Palliative home in 2018 to care for orphaned and abandoned babies from all over South Africa who need end-of-life care. The family welcomed their second biological daughter, Sienna Siyamthanda, in December 2019.

Tarryn runs Butterfly Palliative Home part-time and spends the rest of her time taking care of their chaotic family.

The Bells have fostered more than seven babies and continue to take in young children who need palliative care. They dream of a South Africa where babies are not simply discarded because of a palliative diagnosis, but are welcomed by loving families who will tenderly care and provide for them until the end.